Dear fans of ear and eye music…we are extremely proud and very honoured to announce our involvement with Southseafest 2012!

We have some extremely exciting plans for the day and would like to start by announcing the four headlining acts for our pastry and gravy based stage which will be held in the ‘Vines’ (minus tables and chairs) – at the (wine) ‘Vaults’.

4 of the touch hot acts around at the moment – they are:

We also have a very special mystery guest which will be announced on the day. We will be giving you a few clues nearer the time, but it will be worth all of your pent up anticipation I promise you.

On top of that back at HQ in the shop, we have a day full of events. We will be hosting 4 intimate acoustic sessions, from some of the headlining acts at the festival. This will be filmed on the day by our friends ‘wide aperture’, and give you the chance to meet some great artists over some pie and mash. Acts and times to be announced shortly.

More details on the rest of the line up, the intimate store performances and clues for the mystery guest soon….be sure to keep your eye on our web site, and our event page on facebook. Details also appear on music blog and partners in crime ‘can’t hear my eyes’.

I’m not going to mention a special appearance from ‘short crust’ – the giant walking pie, or the worlds biggest Vinyl record player which will be flying down Albert road all day…..lol, what a knobx

In the meantime check out some music and visuals from our headline acts and a poster below….. 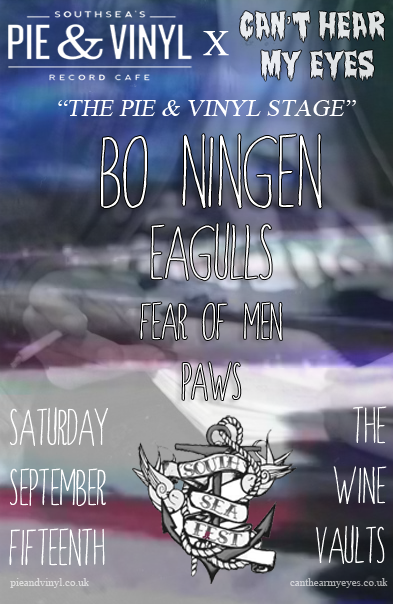 Please be polite. You can use these HTML tags: STRONG, A, BLOCKQUOTE, CODE