Cassette Tape also for sale for £8.99

sub pop reissue wolf parade’s acclaimed first album ‘apologies to the queen mary’ – featuring the original album, now as a much-better-sounding 2 lp, along with the band’s pre-sub pop, self-titled eps (released in 2003 and 2004), both of which are making their vinyl debut.

the package also includes the previously unreleased track “snakes on the ladder” from the apologies sessions. the album was remastered for this release by the band’s longtime associate harris newman at grey market mastering. wolf parade was founded in 2003 in montreal, quebec. after the aforementioned self-titled eps, the group released apologies to the queen mary to much acclaim in september, 2005, on sub pop. the album was recorded by modest mouse front-man isaac brock and engineer chris chandler at audible alchemy in portland, oregon. the album was an entirely collaborative effort, barreling headfirst and breathlessly through songs written during wolf parade’s early years together as a band. pitchfork gave apologies to the queen mary a 9.2 rating, saying, “wolf parade’s true talent is transforming the everyday into the unprecedented.” and the guardian raved, “magnificent, all told.” the album has sold over 100,000 in the u.s. alone.
***packaged in a tri-folded jacket with 3 custom dust sleeves*** 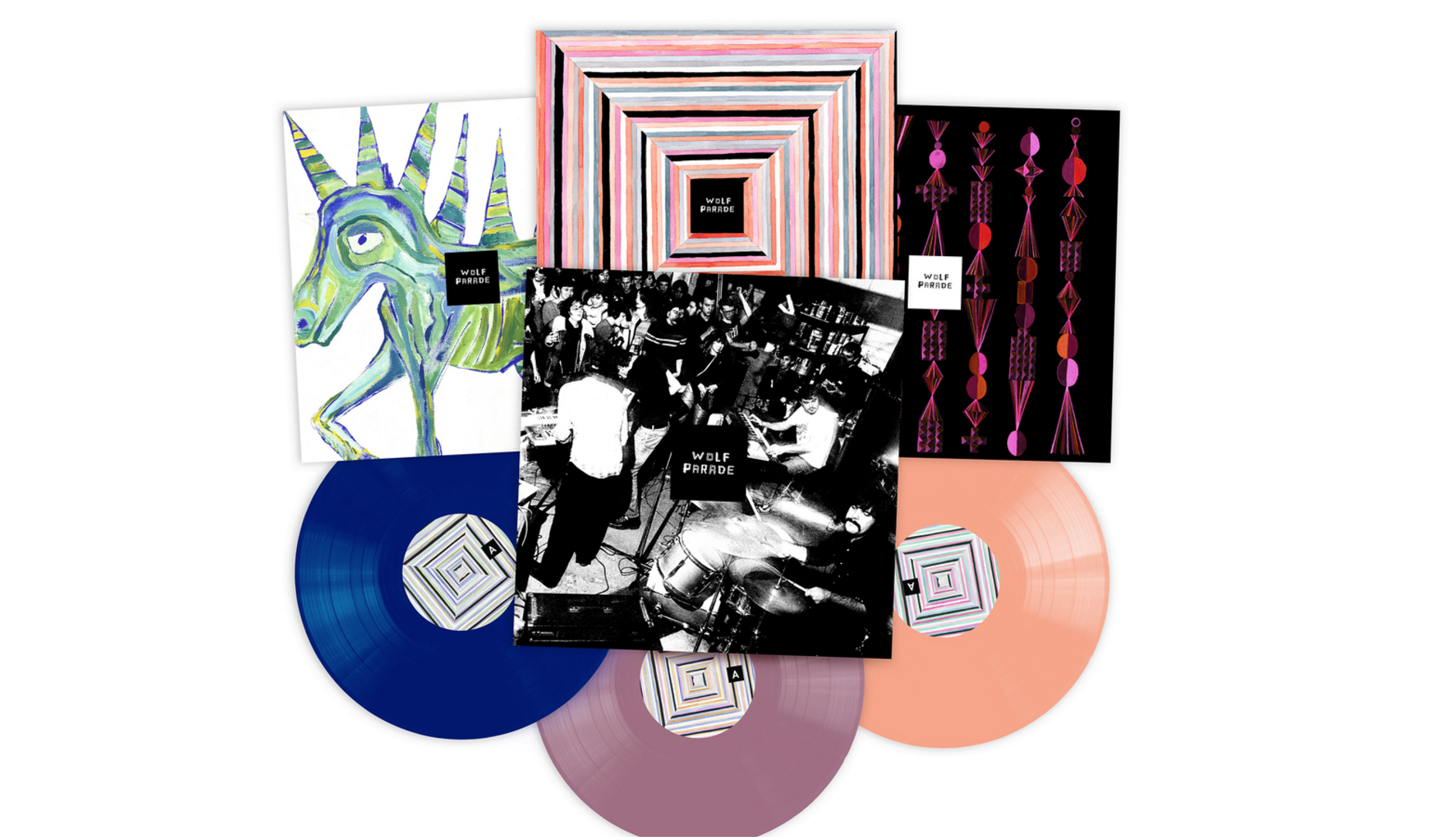 “Although there is no legal obligation to purchase this record, we hope and trust that you have made a commitment to collect and pay for this item in our shop. We have constructed this method of pre ordering to help provide a better service for you the loyal customer. It also helps us in buying the correct amount of records to stock, and by doing this we hope to pass on some great offers and incentives. If there are any delays, changes to price etc we will notify you by email and update you accordingly.

“By requesting our click & collect service you also agree to be added to our new release mailing list, meaning that from time to time you will receive emails notifying you of new or special vinyl releases before any one else. You can always opt out of these emails at a later date should you wish.

“Thanks for your support, and enjoy the music! - P&V”